On July 28,2020, the company held the 2020 semi-annual work summary report, chairman Zeng Jiangmei, general manager Bao Xiaojun and each branch factory, each functional department responsible person and so on more than 40 people participated in this meeting. At the meeting, each branch director, department head from production, finance, sales and other aspects of the first half of 2020 work results reported. 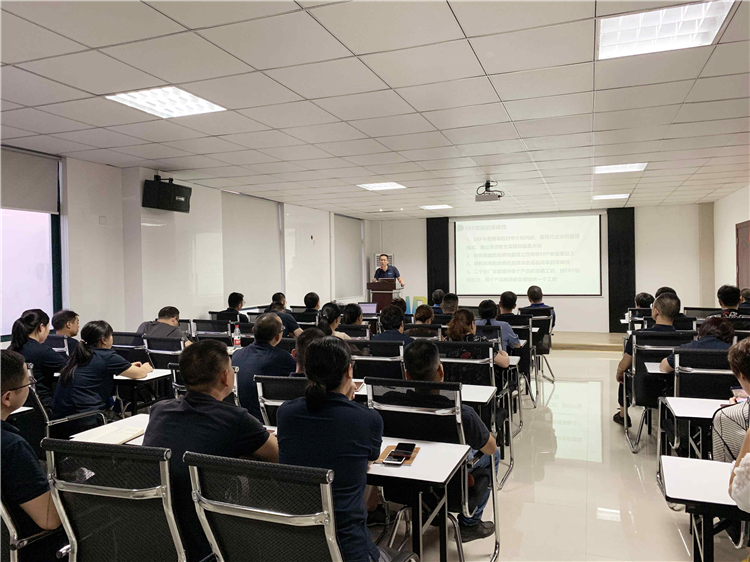 After the report, Zeng made a thorough summary and analysis of the company's business situation in the first half of the year, and put forward the company's development plan for the second half of the year, which put forward higher requirements for the company's internal operation. Taking this opportunity, Li also shared the company's concept of "creation is educating people ", saying that the company will devote itself to cultivating more and better learning cadres, strengthening their study and practice, and cultivating their professional ability. Give full play to the enthusiasm and creativity of all aspects.

At the end of the meeting, Chairman Zeng Jiangmei made a speech. He affirmed the development trend of the company in the first half of the year and put forward suggestions on the shortcomings. At the same time, he stressed that the company is in a high-speed development stage, the company will start to build an excellent talent team in both internal training and external introduction. All staff should learn to progress with the company, but also hope that colleagues dare to bear, constantly temper their own skills, enrich the knowledge reserve, in the wave of market competition in the rapid development of the company to make their own contribution.